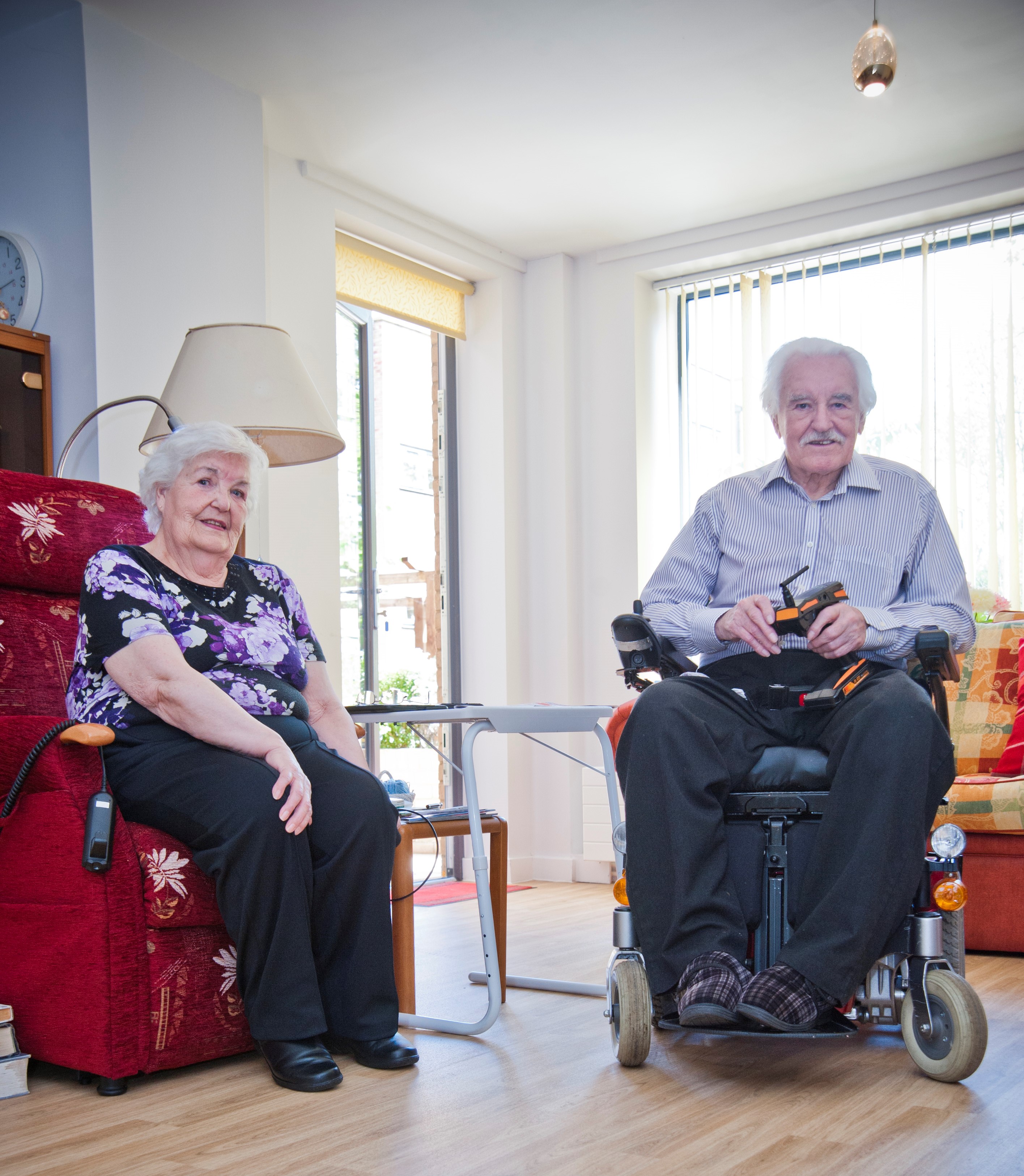 Thomas and Irene Bonner were finally reunited when they were offered a new home at Paxfold, after having to live separately for 14 months due to limited wheelchair access in their rented home, and a shortage of local care facilities where they could live together.

Thomas Bonner (age 84) a retired RAF non-commissioned officer (NCO) and Irene (age 83) also ex-RAF, had lived for the past 24 years in a privately rented flat with a narrow, raised step entrance. In June 2015 Thomas suffered a rare spinal cord injury which paralysed him from the waist down and left him wheelchair bound. After four months of recovery and rehabilitation in
hospital Thomas was ready for discharge, but he was unable to return to his home due to its lack of wheelchair access. From October onwards Thomas could not leave hospital, unable to go home or into suitable care and was stuck.

Just before Christmas, Thomas was moved into a care home but Irene could not move with him. Irene would visit him regularly but was not permitted to stay with him. Eight months later, in August 2016, the couple were finally offered a wheelchair accessible
flat in HCHA’s Paxfold sheltered scheme.

Thomas beams as he recalls his first viewing at Paxfold, ‘I could get into it easily with my wheelchair, it had a fantastic shower wet room and an open plan kitchen and lounge. I thought it was heaven!’

Moving into Paxfold, meant that the couple could be reunited after 14 months of separation. This year they celebrate their sixty-second wedding anniversary and are delighted to be living together again in their wheelchair adapted flat. Thomas says, ‘Since
moving here we’ve settled down very well and we come and go as we please.’ Irene adds, ‘The flat is absolutely great. I especially like my little patio garden and Thomas loves to cook in our new kitchen.’ 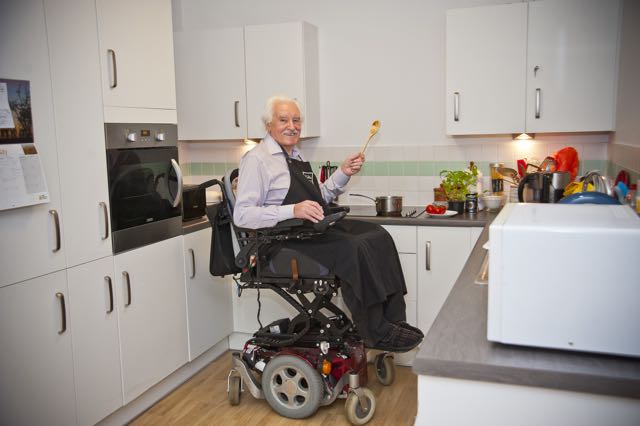 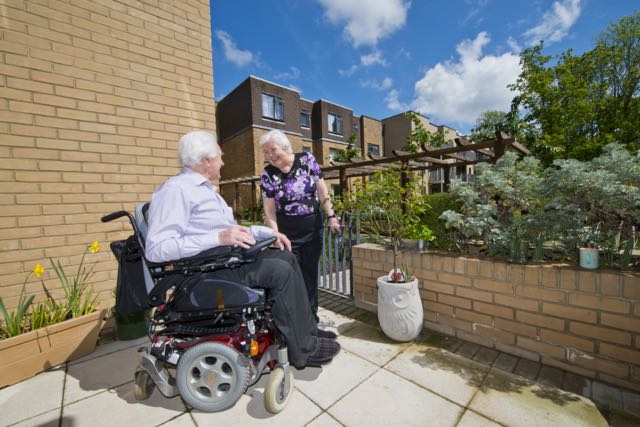